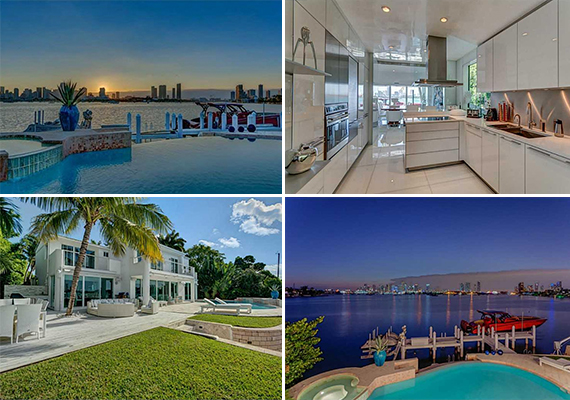 A member of the Manocherian family paid about $8 million for an older waterfront home on Miami Beach’s Venetian Islands. Alan and Nancy Manocherian bought the 4,700-square-foot home at 28 West San Marino Drive. The New York-based family is among the Persian families who rose to prominence in New York real estate during the 1970s. Venetian Marino Investments LLC, a company controlled by Miami investor Hubert Weisslinger, sold the 12,900-square-foot property. Based on land value, the lot sold for about $620 per square foot. Julian Johnston of Calibre International Realty brokered the deal, according to a press release. Johnston declined to name the buyers, but said they plan to improve the property. The home was on the market for $10.95 million and offers 103 feet of water frontage, according to Zillow.

It last sold for $3.83 million in 2009. The two-story home, built in 1930, includes six bedrooms and six bathrooms. A number of new homes, owner-developed and built on spec, have been popping up in the Venetian Islands, an area increasingly attractive to investors, spec home builders and hedge funders. Euroamerican Group is moving forward with its plans to build a new five-story apartment building on one of the longest bayfront lots on the Venetian Islands, and in Miami Beach overall.