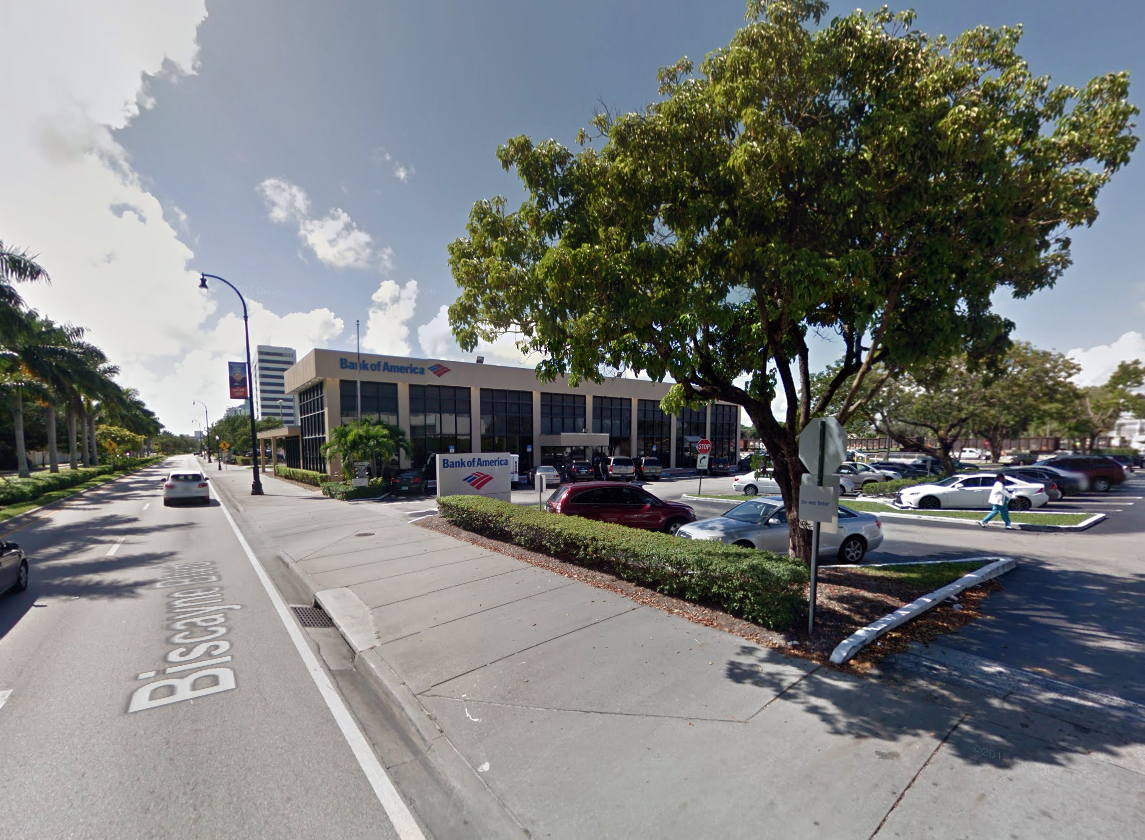 MiMo developer Alex Karakhanian just bought the Bank of America building on Biscayne Boulevard for $6.55 million. The property has huge potential for redevelopment – eventually, Karakhanian said. Under Miami 21 zoning, more than 220 units and over 321,000 square feet of mixed-use space can be built on the land. Karakhanian told The Real Deal that the purchase is a strategic “buy and hold” for him with “no immediate plans to do anything with the property.” The building sits on a 1.5-acre lot that fronts Biscayne Boulevard to the east and Federal Highway to the west.

The deal breaks down to more than $100 per square foot for the land and $368 per square foot for the 17,800-square-foot bank building. Bank of America just renewed a five-year lease for the Class B office building, Karakhanian said. “I’m constantly reinvesting into the Boulevard,” he said, adding that he financed the deal with proceeds from selling the Michy’s building at 69th Street. “I really believe in this area.” First States Investors 5200 LLC, a company controlled by KBS Realty Advisors, sold the building and adjacent parking lot. The KBS affiliate paid about $2.5 million for the property in 2004, records show. Marcus & Millichap’s Alex Zylberglait represented the seller, while Kristine Flook and Janet Crucet of Urbanize Properties represented Karakhanian.

While the building isn’t technically part of the MiMo District, which is loosely defined as between the 50th and 77th streets along the boulevard, it’s on the border. Fashion retailers have signed leases in the neighborhood, including Trina Turk and Mr. Turk, designer Julian Chang, and designers Angel Sanchez and Christopher Coleman. Avra Jain, who redeveloped the Vagabond Motel, has been credited as a leading MiMo developer.

“The boulevard’s historic MiMo district is a seeing a remarkable resurgence, with developers and real estate investors flocking to grab a piece of the area,” Zylberglait said. “Yet, we pro-actively targeted a strategic group of potential buyers who are committed at making a positive contribution to the evolution of this neighborhood.”