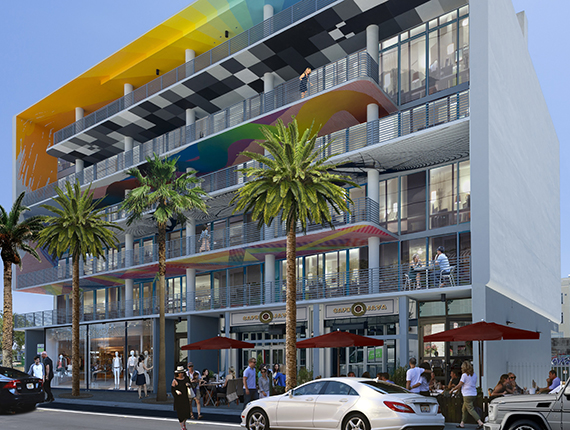 Federal Donuts will open its first location outside Philadelphia in Miami at 250 Wynwood, as the artsy neighborhood continues to attract trendy eateries, The Real Deal has learned. The popular shop, which serves gourmet donuts as well as Korean-style fried chicken created by Philadelphia chef Michael Solomonov, signed a 10-year lease for a 2,200-square-foot retail space. The asking rent was $65 a square foot, and the store will open in January 2017, a Thor spokesman told TRD.

Known for its artsy vibe, Wynwood is bursting with new retail shops and restaurants that are attracting locals and tourists at all hours. Warby Parker, Marine Layer, Illesteva and Shinola have recently opened stores in the district, while new dining spots include Wynwood Diner, KYU and Salty Donut. Other nearby businesses include Ducati, Panther Coffee, Coyo Taco, Wynwood Kitchen & Bar, R House, Gravity Brewery and Boxelder Craft Beer Market.

According to a Commercial Industrial Association of South Florida market report released in April, Wynwood ranked among the area’s hottest retail markets in 2015, with $165 million in retail property sales volume and a vacancy rate of 6 percent.