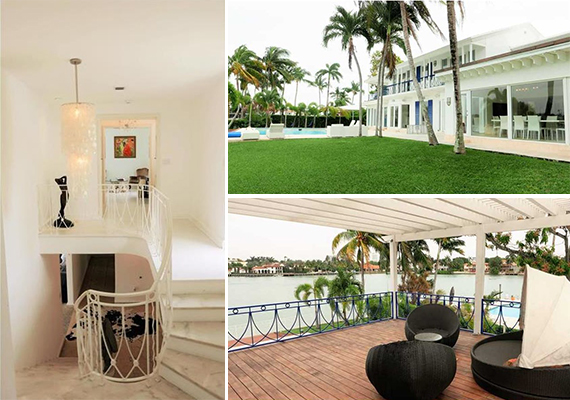 A Sunset Islands home owned by a Panamanian entity tied to a prominent Swiss banker is on the market for $13.9 million. The six-bedroom, 5,400-square-foot home was built in 1941 and sits on a corner lot on Sunset Island III. Property records show Mimbrera Holdings Inc. owns the house. Directors of the company, based in Panama, include Joseph Benhamou, Pierre-Alain Loosli and Vernon Emmanuel Salazar Zurita, according to a document filed with the city of Miami Beach in 2002. Salazar Zurita is mentioned in the Offshore Leaks database. Loosli is a lawyer, according to his LinkedIn profile.

Benhamou, a banker and economist, is the founder and a board member at CBH, a private Swiss bank. CBH has offices in Geneva, Sant. Moritz, Zurich, London, Tel Aviv and Nassau, Bahamas. Mimbrera Holdings paid $3.75 million for the home in 2001. The nearly 21,000-square-foot property features a pool, 122 feet of waterfront, a boat dock, summer kitchen, and separate in-law quarters, according to the listing. The house, at 2851 Lake Avenue, has marble floors and impact windows. Alex Daguer of Fortune International Realty is the listing agent.