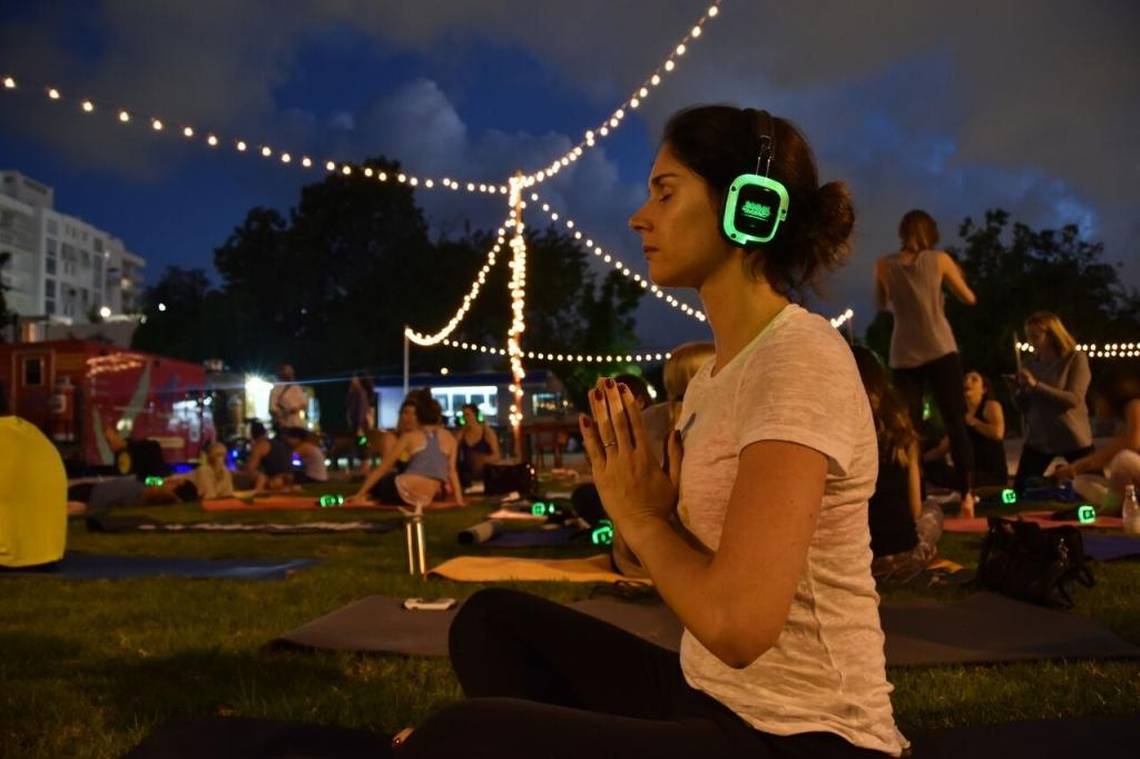 A slice of Wynwood’s hip vibe is now set to take root in North Beach.

Miami Beach commissioners approved a five-year lease for North Beach Yard on Wednesday, moving it from eagerly anticipated concept to a future reality. The outdoor gathering space planned for the public lot at 81st Street and Collins Avenue will offer a minimum of seven cultural and community events each week at no charge. They will include urban farming classes, live local music, nonprofit events, cooking workshops and fitness classes, among other activities.

Della Heiman, founder of Wynwood Yard and head of the North Beach concept, predicts there will be an average of 35 food, retail and fitness businesses in the space. The commissioners said they hope the Yard will be an entrepreneurial hub offering people a chance to experience the culture of North Beach through discounted events and pop-up food options.

Heiman is excited about speaking to businesses who want to be involved with the project. A handful of people have already told her they are interested in working with her, she said.

“We are starting to have those conversations with people now that the lease is approved,” Heiman said. “We will start finalizing our plans to get a clear sense of a timeline. But for now, we are just really grateful the community voted to move forward with the lease.”

North Beach Yard started out as just an idea in April, before the community and commissioners were quickly convinced the concept would be a positive way to revive the empty public lots on upper Collins Avenue.

The idea was inspired by the success of Wynwood Yard, which Heiman founded in 2015. The Yard concept gives local business owners in Wynwood a place to interact with residents and visitors in an intimate way with food trucks, outdoor music shows and garden spaces.

Commissioner Ricky Arriola saw the success of Wynwood Yard and suggested that North Beach implement its own Yard concept, asking Heiman to guide the project. Her team developed plans with North Beach residents in mind before commissioners approved the lease Wednesday.

Creator Della Heiman is working with the Miami Beach to design a creative gathering space that will be unique to North Beach.

Commissioners mostly embraced North Beach Yard, though a few raised concerns over how the new space might impact neighbors. Commissioners Kristen Rosen Gonzalez and Joy Malakoff asked Heiman and her team to talk about the only reason for their hesitation: noise.

“I want there to be a term in the contract where we can pull out without repercussions in case we get too many noise complaints,” Rosen Gonzalez said. “This clause would be to protect the residents.”

On Thursday, Friday and Saturday nights, businesses must end all sales by midnight and close by 1 a.m., according to the lease. On Sunday through Wednesday, sales will end at 11 p.m. and doors close by 11: 30 p.m. The Yard will open daily between 6 a.m. and 7 a.m. for caffeine lovers and fitness enthusiasts.

THE YARD CONCEPT GIVES LOCAL BUSINESS OWNERS IN WYNWOOD A PLACE TO INTERACT WITH RESIDENTS AND VISITORS IN AN INTIMATE WAY WITH FOOD TRUCKS, OUTDOOR MUSIC SHOWS AND GARDEN SPACES.

“This is a much more family-oriented community and we do not want this to disrupt the quality of life,” Malakoff said.

Heiman said her team is open to adding a clause in the lease and that they would renegotiate operating hours to make the commissioners feel comfortable with the plans.

“We want the neighborhood to become more enhanced and vibrant. We have no intention of playing loud or disruptive music at any time of the day,” Heiman said. “This is a catalyst for entrepreneurs to give people a central meeting place where they can be inspired by one another.”

The city will be responsible for landlord improvements on the lots before construction starts. The estimated cost of preparing the land for the Yard is $750,000.

Heiman, emphasizing the entrepreneurial success of Wynwood Yard, said some of its businesses have succeeded to the point that they outgrew their space.

“In Wynwood, a number of our businesses have graduated to brick and mortar,” she said.

THIS IS A CATALYST FOR ENTREPRENEURS TO GIVE PEOPLE A CENTRAL MEETING PLACE WHERE THEY CAN BE INSPIRED BY ONE ANOTHER.

Derrick Turton, owner of the World Famous House of Mac food truck, is a Wynwood Yard alum. He told commissioners that his food truck, which serves Caribbean and soul-food inspired macaroni and cheese creations, will soon be opening a full-fledged restaurant.

“The Yard allowed me to be a part of a community of different cultures and exposed me to different people,” Turton said.

Other than noise complaints, the factor that could stop the progress of the North Beach Yard is the old log cabin sitting on that public lot. The commission had planned to demolish the deteriorating cabin, built in the 1930s, but after a public outcry that it was historical and should be saved, commissioners said they’d try to find the money to move and restore it.

The lease excludes the log cabin from the premises and states city commissioners must determine the status of the cabin before moving forward with finalizing the lease and tenant plans. The commission will discuss the fate of the cabin again in September.

“There is a lot of work that can be done without impacting the cabin property,” Morales said. “Hopefully by September we’ll have guidance about what to do with the cabin.”

Heiman previously said her team will go along with whatever the city decides, and will include the cabin in the plans if the city pays to refurbish it.